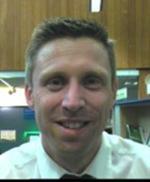 Dr Gareth Davies is a Professor in Swansea University’s School of Management, with research interests in innovation management and regional economic development.

He was seconded to support the Welsh Government’s Knowledge Economy Nexus review of academic-industrial links and has since worked on projects around the world to develop science park and technology transfer models. Recently this work has included Interreg-funded Atlantic Arc and Wales-Ireland programme activity to develop the concept of applying knowledge networks for innovation, which is now being adapted for use across a range of sectors.

He has also worked on a broad range of industry and government-funded projects using disruptive technologies for partners ranging from micro-businesses through to major multinationals, across sectors from construction to creative industries. Alongside his academic role, he has practitioner interests, including recently with the Swansea Bay City Region Internet Coast City Deal, the AgorIP and Accelerate initiatives, and the RE&I workstream of the ARCH (A Regional Collaboration for Health).

Interests include Innovation Management at undergraduate and postgraduate levels in a range of disciplines including Business, Engineering and Life Sciences & Medicine. This includes aspects of New Product Development, Technology Transfer and Open Innovation.