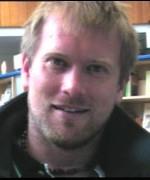 Richard's expertise lie in the ecological structuring processes of marine systems and the implications of these systems for society. This focuses primarily on the interrelationships between foundation species, habitat, and associated productive fauna (mainly fish). He is particularly interested in the consequences of cross-scale environmental changes on seagrass meadows functioning and the implications of this for global food security and other ecosystem services.

Richard has more than twelve years’ experience of research in marine systems and conducts collaborative interdisciplinary research in Europe, Australia, Indonesia, Columbia and the Turks and Caicos Islands.

Based within the SEACAMS team at Swansea, he leads the level 3 module in 'Tropical marine ecology and conservation' and teaches on the MSc module 'Conservation of aquatic resources'.

After completing his PhD in 2007, Richard conducted research and consulting work for Sinclair Knight Merz, Brisbane and the Northern Fisheries Centre, Queensland, Australia. He has also worked as an senior ecology lecturer at University of Glamorgan.

He is an academic editor at PLoS One and vice-president of the World Seagrass Association. Richard is also a founding director of Project-Seagrass and continues to work as a senior scientist at SeagrassWatchHQ. Other roles include membership of the editorial boards of Marine Pollution Bulletin and Marine Environmental Research.

His current research projects include the impact of climate variability on seagrass ecosystems, social-ecological systems analysis, ocean acidification and seagrass, and the resilience and ecosystem service provision of seagrass.

Funding is currently through SEACAMS, Darwin, the Waterloo Foundation and the Ocean Foundation.

Seagrass Ecosystem Research Group (SERG) is a joint inter-disciplinary marine research collaboration between scientists in Biosciences at Swansea University and the PLACE Institute at Cardiff University. We are engaged in basic and applied research into the structure, function and resilience of seagrass meadows within a linked social ecological system and the food security support these meadows provide.