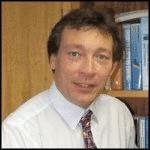 Philip Murphy is an Emeritus Professor of Economics at Swansea University. Before joining Swansea in 1991 Philip held academic positions at the universities of Manchester, East Anglia, Aberdeen and IUPIU (USA).

Philip’s research interests lie primarily in the area of applied labour economics, where he has published in a wide range of international journals including the Economic Journal, Oxford Economics Papers, Oxford Bulletin of Economics and Statistics, Economics Letters and Regional Studies. He has also held research grants from a range of public and private bodies including the ESRC, the DWP, the Welsh Government, BP, and the Equalities and Human Rights Commission.

Recent work has focussed on public sector pay, the economics of wellbeing and social capital, and health and education.