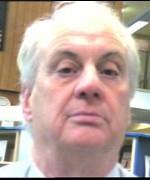 Professor Adrian Evans, Professor of Emergency Medicine and Haemostasis (MBBS, MD, FRCS, FCEM), qualified from St Bartholomew’s Hospital in July 1983. Following general training in medicine, surgery, anaesthetics and critical care at SHO and registrar level, he was appointed to the St George’s Hospital Senior Registrar rotation. As part of his rotation, he spent one year overseas in South Africa at the Baragwanath Hospital, Soweto, and the internationally renowned trauma unit at Johannesburg where he also completed a research post into the effects of acute trauma on coagulation and the effects of component replacement for which he was awarded the Royal Society of Medicine prize. In 1994 he was appointed as a Consultant in Emergency Medicine and Critical Care at Leicester Royal Infirmary, where he held an honorary senior lecturer post until his appointment in 2003 as a Consultant in Emergency Medicine, Reader and subsequently Professor in Emergency Medicine and Haemostasis at Swansea University. Professor Evans was the first professorial appointment in emergency medicine in Wales and at the time only one of six professors of emergency medicine in the UK. His clinical research interest is focused on how critical illness, injury and treatment affect coagulation and outcome. His laboratory-based research is focused on the development of pre-clinical modelling into the effect of disease states on coagulation and how drugs affect coagulation. In 2007 he was a recipient of the Royal Society Brian Mercer Award for the work carried out on coagulation, gel point and fractal analysis. He was awarded his MD on the effect of trauma and component replacement on haemostasis. He set up and developed the Haemostasis Biomedical Research Unit and network which was the first of its kind in the UK to develop new translational biomarkers of haemostasis, which has developed both a national and international research programme. Professor Evans is Director of the Welsh Centre for Emergency Medicine Research which was launched in March 2019 and builds on years of cutting-edge work in emergency, biomedical, epidemiological and clinical research.

He has published extensively in peer-reviewed journals and presented in the field of coagulation and emergency medicine. From 2004 to 2012 as Head of Admissions he developed the Swansea School of Medicine Graduate Entry Admissions Programme. In addition, he has been both a senior and overseas examiner for the Royal College of Emergency Medicine; a member of the Royal College’s Steering Committee on Serious Hazards of Transfusion Committee (SHOT); and the Academic Lead for the College of Emergency Medicine in Wales and a member of the EPSRC Strategic Advisory Team for Healthcare Technologies.

Professor Evans has a track record in