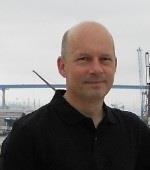 Michael Williams is a Professor Emeritus at the School of Management.

Prior to entering academia, he worked in both public and private sectors in domains including finance, telecommunications, manufacturing, and government with firms including British Telecom and Canon.

He has been awarded funding from bodies including the European Union, the UK NHS, the Nuffield Foundation, and the Welsh Government, acts as reviewer for funding applications for research councils and international bodies, and participates in promotion/tenure committees both in the UK and abroad.

He holds editorial board membership of a number of journals, has chaired tracks and mini tracks at leading international events, and was the inaugural chair of the established iSHIMR conference on health informatics.

He has acted as regional government advisor in the UK and the European Union, and as external examiner for numerous PhD theses, both in the UK and overseas. He has an extensive record of successful PhD supervision, and would be happy to consider applications from potential doctoral candidates seeking supervision.

Current research interests in innovation adoption and impact (particularly digital innovation) and understanding the nature of consumer and employee behaviour. He has a substantive record of publication, successful PhD supervision, collaborative activity with external partners/funders, and subject engagement in the field.

Read more about Mike's research on Driving Innovation in A Changing Environment: How Individuals, Groups and Organisations React When Encountering Innovation here.