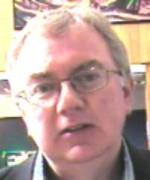 I studied in the School of History at the University of Bristol, graduating with a BA in 1984 and a PhD in 1991. I held a research fellowship in politics at Bristol (1988-89); and temporary lectureships at Royal Holloway and Bedford New College, London in social policy and social science (1989-90); and at Warwick University in politics (1990-92). I joined Swansea University in 1992, and after promotions to senior lecturer and reader was appointed to a personal Chair in Politics in 2012.

As a researcher I have focused on the territorial politics of how the UK is governed, relating both to devolved and local government. I am interested in analysing the statecraft of governing, as well as political, policy and representation implications of territorial government.  My recent work has focused on the analysis of devolution since the late 1990s and includes my forthcoming book, Constitutional Policy and Territorial Politics in the UK: Union and Devolution, 1997-2007 (BUP, in press 2021).

Since 2017 I have been Director of Research in the College of Arts and Humanities at Swansea University. Previously, I was Deputy Director of the Research Institute of Applied Social Sciences, 2012-16. During this time I was also the University Lead in the collaborative Wales ESRC Doctoral Training Centre, 2011-16. I have also been Head of the Department of Political and Cultural Studies, 2010-12; Research Excellent Framework Co-ordinator for Politics and International Studies, 2009-18; and Sub-Dean for research training, student/staff assembly and quality in the Postgraduate Research Faculty 2002-06.

In my teaching I convene modules on UK politics, comparative devolution and the Welsh Parliament/Senedd Cymru. I have supervised nine successful PhD students who have gone on to careers in government, research and education. I am interested in supervising new research students in the areas of comparative/ UK devolution, UK politics and public policy.

In the 2020-21 academic year I will be convening the following modules.

I also contribute to Approaches to Politics (PO-241)

And Dissertation modules at Level 3 and Masters level.

I am interested in supervising new research students in the areas of comparative/ UK devolution, UK politics, government, parties and public policy.

As a researcher I have focused on the territorial politics of how the UK is governed, relating both to devolved and local government. I am interested in analysing the statecraft of governing, as well as political, policy and representation implications of territorial government. My current work is focused on three areas:

In 2016 I received a Swansea University Outstanding Contribution to Employability Award. This was in recognition of my work in embedding placement and practitioner engagement opportunities in the modules The National Assembly for Wales, and Parliamentary Studies.

I strongly support the expansion of such opportunities for students at all levels of study and would welcome interest in engagement from employers.

I have contributed to two collaborative reference works that are useful to scholars and students in politics and political history.

The second is The New Dictionary of National Biography. I contributed biographies on 'Arthur Robinson', 'Gwilym Gibbon', 'William Braithwaite', ‘Donald Sargeant’ and 'Enid Russell-Smith', in B.Harrison (ed) The New Dictionary of National Biography, Oxford: Oxford University Press, 2004. It is a fascinating resource that should continue to be used.

I have sought to use my research to engage outside universities with practitioners and the public.  I’m mainly open to engaging in the form of evidence to parliamentary committees, public bodies and commissions; contributions to broadcasting; and the facilitation of politician-public engagement and research-policy engagement.  Some examples of my previous contributions are given below.

Evidence to Parliamentary Committees, DEV0027, Evidence to the House of Commons Public Administration and Constitutional Affairs Committee Inquiry in to Devolution and Exiting the European Union, HC 1485, 31 July 2018

Evidence to the Wales Expert Panel, A Parliament that Works for Wales, Cardiff: National Assembly for Wales, 2017

Chair for a Public Meeting for the First Minister, Rt Hon Carwyn Jones AM, to be questioned by the public, Dylan Thomas Centre, Swansea, 15 October 2015.

Convenor and Chair of Swansea University Research Impact Briefings at the National Assembly for Wales 2010-2014.