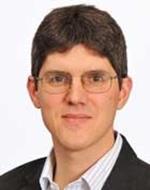 The Swansea research was the starting point for the Low Carbon Research Institute Marine Consortium (LCRI Marine), formed in 2006 to undertake world class research into the generation of renewable electrical energy from waves, tides and currents in oceans, estuaries and rivers. It includes all the Welsh Universities. To ensure the industrial relevance of the research, in 2008 the Marine Energy Task Group for Wales was formed. With over 50 member organisations from industry, government, and environmental groups, it supports efforts to generate marine energy around the coast of Wales.

Member of the BSI Technical Committee for marine energy standards.