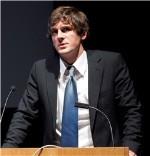 George is a steering member of the Health and Environmental Sciences Institute (HESI) Genetic Toxicology Technical Committee (GTTC) and co-chair of the quantitative and mode of action subgroups. The HESI provides an international forum to advance the understanding of scientific issues related to human health, toxicology, risk assessment, and the environment.

George has been invited to give oral presentations and chair sessions at most of the major international Toxicology conferences in recent years.

George has been lead academic on numerous international collaborations. These include US-FDA-NCTR, Health Canada, RIVM-Netherlands, AstraZeneca, Drugs for Neglected Disease Initiative (DNDi), Food Standards Agency, GlaxoSmithKline, Gentronix, Hoffman-La-Roche, Litron, and more. He also continues to work with the DNA damage group (in vitro Toxicology group) in the Institute of Life Science, as well as teaching on the Genetics Degree programme, and having a role as Director of Employability and Entrepreneurship for the Medical School.

In June 2017 George was voted in as President-Elect for the EEMGS society, and became President in 2019.

George has recently become a consultant, with clients including the pharmaceutical, food additive and chemical industries. A major aspect of many of these projects has been the derivation of point of departure metrics for use in human health risk assessments. Please contact him for further information on his services, which he runs through Swansea Innovations.