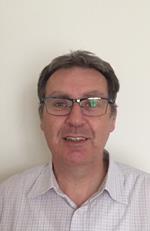 Gerard Clarke is Associate Professor in Politics and International Development in the department. He specialises in the interface between politics and international development, and in politics in the Global South. Much of his research has been on the nature of civil society and of civil society organizations, especially non-governmental organizations, in developing country contexts, with a recent focus on global civil society. In addition, he focuses on development policy and practice, including support for civil society and for rights-based approaches to development. He also undertakes research on development within specific countries and regions (especially the Philippines and South-East Asia).

A graduate of the University of Limerick, he completed a M.Sc.(Econ) degree in Comparative Government at the London School of Economics, graduating with distinction. After working with Christian Aid in London for two years, he completed a PhD on Philippine Politics at the School of Oriental and African Studies (SOAS) with funding from the Economic and Social Research Council. He has acted as a consultant to a number of organizations, including the Department for International Development, the World Bank and the National Audit Office, working in more than 20 countries. He joined the Department of Political and Cultural Studies in 2010 and since then has worked on research projects funded by the British Academy, the Commonwealth Foundation and the German Research Foundation. He is a member of the Economic and Social Research Council Peer Review Council and in recent years has been or is currently an external examiner in University College London, the University of Manchester and the London School of Economics.