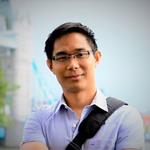 Dr Eylan Yutuc did his BSc in Biomedical Science in Brunel University London and graduated in 2011. During his undergraduate time, he was involved in recombinant protein synthesis and purification of complement protein C1q in bacterial strains in the Centre for Infection, Immunity and Disease Mechanisms, Brunel University. He eventually did his final year project in the same lab which investigated the interactions of the human acute phase C-reactive protein with Aspergillus fumigatus under the supervision of Dr Uday Kishore.

Eylan started his Ph.D. in Medical and Health Care Studies with the Griffiths-Wang Swansea group in January 2013 where he concentrated on the identification, quantification and analysis of oxidised metabolites of cholesterol generated by human CD4+ T lymphocytes cultured in vitro using techniques such as lipid extraction, enzyme-assisted derivatisation, solid-phase extraction and high performance liquid chromatography - mass spectrometry.

Expanding on his skills as a Post Doctoral Researcher, he has now progressed into developing and applying novel mass spectrometric techniques and instrumentation on neurobiology, looking at the relationship of sterol lipids in neurophysiology and neuropathology. Eylan is a member of the British Mass Spectrometry Society and the Royal Society of Chemistry.

Current project, with Professors William J. Griffiths and Yuqin Wang, is to build a three-dimensional sterol atlas of the mouse brain to complement advancing knowledge in the effects of sterol metabolism in neurobiology.