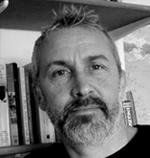 David is Professor of International Relations and Public Policy and founding Director of the Global Drug Policy Observatory (2013). Since appointment as a lecturer at Swansea University in 2000 he has been visiting faculty at universities in the USA, Australia, Hungary, India, Hong Kong, and mainland China.

David has played an advisory role to governments and international organisations and collaborated with and produced policy reports for a range of international non-governmental organisations. At present he is a Senior Associate of the International Drug Policy Consortium and a Research Fellow of the Transnational Institute’s Drugs and Democracy Programme.