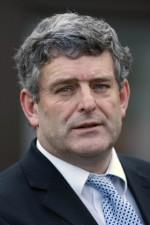 David is a Professor Emeritus of Economics.

He was a member of the Business and Management panels and Economics and Econometrics panels for REA2008 and REF2014. He is currently Deputy Chair of the Business and Management panel REF2021. In 1999, 2006 and 2014 he was a member of The QAA Panel, responsible for writing the Benchmark statement for Economics. He was also a member of ABS Panel producing Academic Journal Quality Guide 2008-2011. David's ESRC responsibilities include being a member of the Research Resources Board 2006-2010, Senior Examiner (Economics) for PhD Competition 2003-2006, Chair of Postgraduate Training Recognition Panel for Economics 2007 and deputy chair in 2005. He was a member of CHUDE Steering Group 2001-2010 and NHS Pay Review Body 2009-2015.

Teaching interests are in the area of labour economics, regional economics, economic history and public policy.

David’s main areas of research are in the areas of labour markets, regional economics, public policy and the Welsh economy. He has published papers in the Economic Journal, Oxford Economic Papers and Oxford Bulletin of Economics and Statistics.

Fellow of The Learned Society of Wales.

David is a Co-Director of The Wales Institute of Social and Economic Research, Data and Methods (WISERD). This is a national, interdisciplinary, social science research institute and has been designated by the Welsh Government as a national research centre. Using innovative approaches, its research spans the fields of economics, sociology, geography and political science.

It is a collaborative venture between the universities of Aberystwyth, Bangor, Cardiff, South Wales and Swansea – working together to improve the quality and quantity of social science research in Wales and beyond. Its research effects change by influencing the development of policy and practice across a range of sectors.