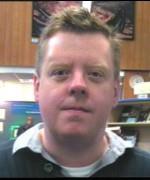 David received his BSc in Pharmacology from the University of Liverpool and PhD in Molecular Biology/Biochemistry from the University of Sheffield.  David joined Swansea Medical School as a Reader in 2004 and was appointed to a personal Chair in 2005.  He is a Fellow of the Royal Society of Chemistry, Fellow of the Royal Society of Biology, Fellow of the linnean Society, and a Fulbright Scholar.  He was awarded a DSc from Swansea University in 2011.  He has worked on cytochrome P450 biodiversity for over 25 years.  He has spent considererable time studying P450 genes/enzymes as a visiting Fellow to laboratories in the USA, including Vanderbilt University Medical School and Woods Hole Oceanographic Institute (WHOI), Human Health and Ocean Sciences.  He has had research support (PI and/or co-I) from the BBSRC, NIH, NERC, Wellcome Trust, Leverhulme Trust, Nuffield Foundation and The Royal Society.  In 2016/17 he was awarded a highly prestigious UK-US Fulbright Scholarship.

David teaches both undergraduate and postgraduate students in the fields of biochemistry and molecular biology.