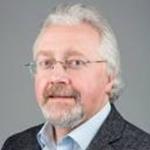 Dr Alan Sandry is Senior Lecturer at the Morgan Academy, School of Management.

Dr Sandry’s current research interests include the evolving nature of political, cultural and social identities within Europe; the relationship between ideologies and individual and collective thought; education and innovation for economic amelioration; and ways in which students can be taught about global concerns and wider societal interests.

Dr Sandry is a Vice President of the Coppieters Foundation, Brussels, Belgium, with whom he organises an annual Summer School in Brussels on topics of pan-European interest.

He has extensive working relationships with the European Parliament and European Commission. Also, he routinely interacts with the National Assembly for Wales, Cardiff; Scottish Parliament, Edinburgh; Northern Ireland Assembly, Belfast; and the Houses of Parliament, London, England.

In May 2017, at the invitation of Gure Esku Dago, he was the International Observer for the Consultation Process of the Basque Country.

Dr Sandry is the author of Devolution in the United Kingdom (Edinburgh University Press, 2007), and Plaid Cymru: An Ideological Analysis (Welsh Academic Press, 2011). He has written a play ‘From Linz to Langland’ (2020), based on Ludwig Wittgenstein’s experiences at Swansea in the 1940’s.

He has been a consultant and contributor for newspapers and journals including Independent on Sunday, Times Higher Education Supplement, New Statesman, and Financial Times. Dr Sandry is also a regular radio and television contributor, and has produced podcasts from the European Parliament in Brussels, Belgium.